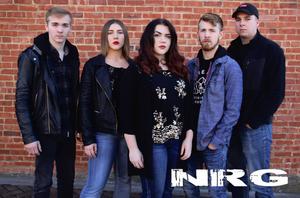 ​NRG was founded in 2010 when the youngest members were just 7 and 8 years old. Since then, NRG has played numerous fairs, festivals, fundraisers and local venues throughout Southwest Missouri and Arkansas. Their music covers over four decades of top hits of classic rock, pop and country and appeals to young and old alike.

This young, talented group is writing their own songs as well, and in 2018 won 2nd place in the Southwest Missouri Amateur Songwriters Contest. You may recognize some of the members from shows in Branson, Missouri.