Back to Artists Page 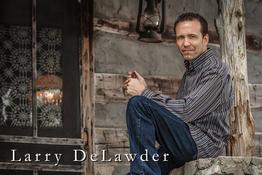 Larry has traveled and performed with several well known artists starting with the Dixie Melody Boys in 1987. He spent the next eight and a half years playing harmonica and percussion and was a part of the Singing At Sea Gospel Cruise for four consecutive years. At the National Quartet Convention in Nashville, TN, Larry was nominated seven years for the “SINGING NEWS FAN AWARDS” as Instrumentalist of the Year. He was also nominated and received the “HEARTS AFLAME” award for Instrumentalist of the Year. Larry’s personal ministry has taken him throughout the U.S. and Canada where he has blessed thousands with his many talents.