Since starting his music career in 1990, Kevin Morris has recorded two albums. The first, I Can’t Stand Alone, contains 12 of his original songs. The second, Running Back to You, was produced by one of country music’s top producers, Chuck Howard. Among others, Howard’s production credits include LeAnn Rimes and John Berry.

While enjoying his country music journey, in 1998 Kevin secured a lucrative recording opportunity. In January 1999, he completed a recording project of six songs under the supervision of Jim Foglesong, President of MCA Records and Capital Records in Nashville and Grammy-nominated producer. Kevin and Jim began working in mid 1998, carefully selecting songs from many of Nashville’s most sought after songwriters. Foglesong said, “I heard Kevin’s beautiful tenor voice immediately, but it wasn’t until I saw him perform and was convinced of his commitment to succeed that I agreed to work with him. I am very pleased with the results.”

Over the course of Kevin’s career he has appeared on stage alongside Terri Clark, Jo Dee Messina, Mark Chesnutt, John Berry, Tracy Byrd, Sammy Kershaw and Jerry Lee Lewis. In recent years Kevin Morris has again concentrated on recording and performing music and is set to release his third album in late 2011.

No matter where Kevin’s career leads him, he remains a true and talented entertainer who at all times caters to the audience and pledges to give them his best. 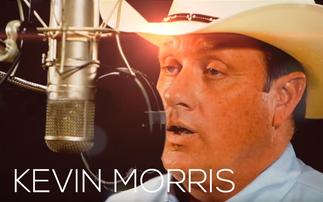