​Irlene Mandrell was born in Corpus Christi, Texas, and is the youngest sister of the world famous country trio, The Mandrell Sisters.  Irlene and her sisters come from a musical family. She began playing drums professionally when she was eleven.  Irlene is a Country Music Hall of Fame Walkway of Stars inductee. She has received many awards including two comedy acts of the year awards from Music City News.

Though music has always been the Mandrell Sister’s mainstay, Irlene has enjoyed an extraordinarily varied career as an actress, model and performer.  Her first television series, Barbara Mandrell and The Mandrell Sisters aired on NBC and also in the UK with a viewing audience of 40 million.  The show featured good-humored interplay between Irlene and her sisters.  Irlene’s television credits include guest appearances on The Love Boat and on a variety of game shows and talk shows including Hollywood Squares, The Match Game, Tattletales, Password Plus, The Mike Douglas Show, The Tonight Show, Bright Lights & Country Nights, This Week in Country Music, Oprah and many others.  Irlene starred in the country variety series Hee Haw for its last eight years during her acting career as well.

In addition to her many stage and television appearances, Irlene has enjoyed great success as a spokesperson.  She has done commercials for Swift Premium Sausage, Ford Trucks, ChoiceDek, Nashville Home Show, Allied Home Medical and Harmony Guitars. She has done many magazine ads including Cover Girl and West Shoes. If Irlene endorses a product, you can be assured she believes in the product as well as uses it.

In her down time, Irlene loves performing with her children.  Her daughters, Vanessa and Christina are gifted singers, dancers and actresses.  Her son, Deric is a very talented drummer and singer also. Irlene’s three children demonstrate some of their talent as they sing in the background on her current single “We Will Stand” as well as in her new album she is currently working on. This new album will be dedicated to those who serve our country. 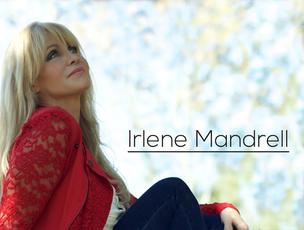