​Carrie Cunningham is a successful independent touring artist, who has also become an International Chart topper! The Nashville Music Industry is calling her an authentic, sultry, slightly twisted and totally believable voice on the New Country/Americana scene. Carrie has the sass of Miranda Lambert and a powerhouse voice like Martina McBride; all the while, the sweetness that seethes from the rich tones of Pam Tillis; which engages and captivated the audience within minutes.

Carrie started in music like many aspiring artists, by singing in a local band, but all the while she was attending school studying voice and composition, and singing with the Spokane Symphony Chorale. During the Garth and Shania era, is when she started dabbing in songwriting. This is when she started heading to Nashville and making industry contacts.  Knowing that she wanted to be part of something bigger,  Carrie went back to school for audio production. After graduating she not only focused on writing and performing with a Seattle band, but also became an Independent live sound engineer, for artists like Joan Jett, Trace Adkins, Chuck Wicks, Hermans Hermits, Air Supply and many others.

Carrie has released 3 other EP's through her own record label, Sound Barn Records and also started her own Publishing Company, Sound Barn Publishing. The three EP's under Sound Barn Records are "The Way You Look at Me", "Secrets", and "Let's Dance". Other Independent artists have cut songs written by Carrie and she also has film and TV contracts for her pop and RnB songs .

Carrie Is currently passionate about spreading the awareness of Domestic Violence and any form of child endangerment. Carrie has been a volunteer with The Big Brother's, Big Sisters organization, the Lunch Buddy program, and also CASA- Court Appointed Child Advocate 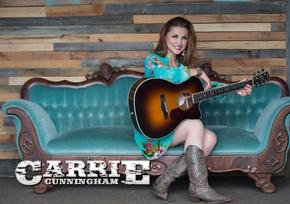