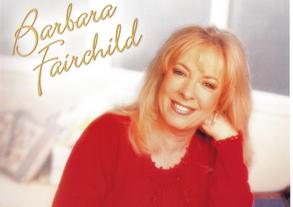 "Barbara Fairchild’s vibrant personality, her love for humor and storytelling along with her extraordinary talent for singing country and gospel music make her one of the finest entertainers you will see. She has a sincere warmth that flows out of her to everyone she meets, whether on the street or as a member of the audience in one of her shows.

Barbara performs with her very talented husband, Roy Morris. They are really in love, and it shows. In the tradition of other husband and wife teams that brought laughter to millions, Barbara and Roy have a natural flare for comedy that is delightful to experience.

Throughout Barbara’s exciting and extensive career she has received many awards and honors. Her nomination for two prestigious Grammy Awards, one for her #1 country hit, “The Teddy Bear Song” and the other in the music for children category, “Lullaby for Teddy” are highlights in her career. She is recognized as one of the finest female entertainers in Country Music. Barbara was one of Ralph Emery’s favorite guests during the years he hosted the top-rated “Nashville Now” show on the TNN television network. Ralph even trusted her to be a guest host for him at times in his absence. Through that show Barbara Fairchild became a household name to thousands of viewers.

Barbara’s talent has not diminished through the years and you can often see her these days on the RFD Network along with many of her peers on the very popular “Country Family Reunion” hosted by Bill Anderson.

Among the many television appearances during her career include, “The Tonight Show,” Hee Haw,” “A Salute to Country Music,” “ The CMA Country Music Awards,” and the three part special, “A Country Homecoming,” hosted by Ralph Emery. She has made several appearances on CBN (The 700 Club) and TBN and two tribute specials to the Legendary Dottie Rambo. She was thrilled to host her own TV Special, “Barbara Fairchild In England” on the BBC network, just to name a few.